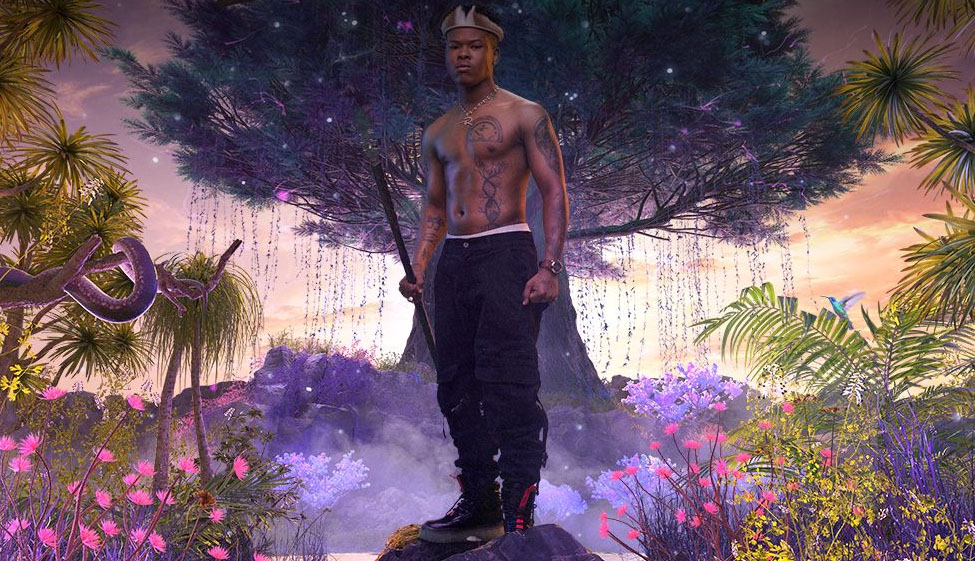 Nsikayesizwe David Junior Ngcobo, who is more popularly known as Nasty C, is the voice of his generation. The multi-award winning South African rapper originates from Durban in the KwaZulu-Natal Province, and has been dubbed “The Coolest Kid In Africa.” He takes this role seriously and has said: “I never chase the dream, I design it.”

Now he is amplifying that voice and embracing his global audience.

Recently signed to Def Jam Records, through a joint venture with Universal Music Africa, the 23-year-old rapper is prepping for the release of his third album, Zulu Man With Some Power. The signing sees the South African artist join a music royalty roster that includes the likes of Kanye West, Justin Beiber and Nas.

A legend-in-the-making himself, Nasty C says: “It’s powerful to be a part of the Def Jam family. It’s an iconic record label and has made the careers of many of the artists I look up to.”

For five years, Nasty C has had a singular focus: to push the boundaries of his own potential. As a result, the rapper-producer has released three mixtapes, two albums and featured on pan-African and international chart-toppers.

The album spawned three multi-platinum singles – King, Jungle and the radio smash, SMA – as well as the platinum single, Strings And Bling. A further 14 songs off this album were certified gold.

It was proof that his breakthrough single, Juice Back, and his boundary-breaking mixtape, Price City (2014) were not just luck. Juice Back became a continent-wide smash and so followed a remix featuring Nigerian muso, Davido and South African rapper, Cassper Nyovest.

He has toured Africa, Asia, Europe, Australia and North America and brought his own live performance property, the Ivyson Tour, to Kenya, Zimbabwe, Namibia and more. Nasty C has always sought to make the globe even smaller through his music.

He has used his voice to bring the world to Africa but it speaks volumes that he now intends to take Africa to the world. One of the ways he will be doing this is through his upcoming album, Zulu Man With Some Power. Zulu is one of the cultures that originates from South Africa.

Nasty C says: “The title of my album was inspired by me openly embracing being Zulu. I am not going to pressure myself to drop a song rapping only in Zulu or to dress in traditional Zulu clothes all the time. I want to make it cool to express your culture in your own way. It feels like a big statement to make. It feels like I’m recognizing the power and influence of my people.”

The forthcoming album is preceded by a single called There They Go. The trap ditty is produced by American producer, Cxdy, and sees Nasty C reflect on writing 16s by the light and shaking off his haters.

“I sign deals, but I own my soul,” he raps on There They Go. Following his new deal with Def Jam, Nasty C says: “I have a great team that sees my vision. I am still me and no matter what deals I sign; I am not letting anyone dictate my sound or image.”

Part of Nasty C’s vision was to invite Andrew Sandler (who has worked with Lil Wayne, Chris Brown and more) to direct the There They Go music video and show his Durban hometown through a new lens. This is merely the beginning of Nasty C using his voice to present his narrative.