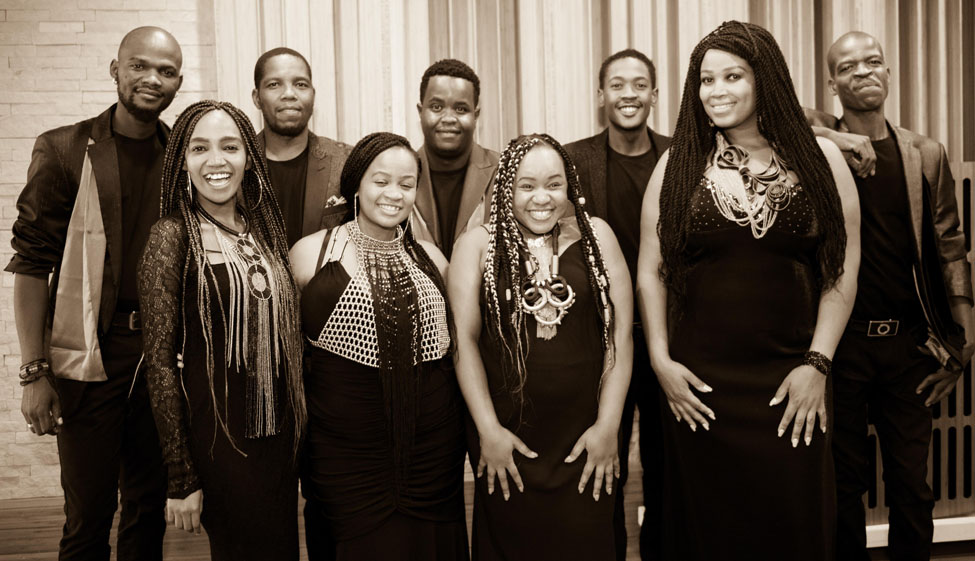 Africa Soul was founded by Beverly Bryer and Adam Howard in January 2020 -a new group for a new decade!

Africa Soul is a first for South Africa. Their music is pure soul and blues, taking songs from the 1950's/1960's era of Aretha Franklin, Wilson Pickett, Cris Redding and other music icons and giving those `old' classics a `young' rebirth. Most importantly and uniquely, re-working those well-known classics with African harmonies and lyrics, and in such a way, bringing songs from a bygone era to today's audience of both an older and younger generation, to either reminisce about, or to hear for the first time. Songs from the American South, to the African South.

The group comprises 5 - 16 members, ranging from a smaller group of four singers and a keyboard player,to a core group of 8 singers,a djembe player and a keyboard player,to a group of 16 members including a six-piece band combo comprising players from the Johannesburg Big Band (kit, bass, guitar and a 3 piece horn section). Each group make-up would be according to the event requirement.

Africa Soul comprises current Soweto Gospel Choir members but is a separate entity with a different sound and feel. Musical direction/production falls under the multi-talented Adam Howard. Beverly Bryer, Co-founder and Producer/Director of SGC, has now added the role of Founder/ Producer/Director of Africa Soul. Both Adam and Beverly have brought their 30 plus years of experience and music successes to this new and exciting project. Staging /choreography falls under the creative hands of Matt Counihan and Philly Liebenberg.

Africa Soul is sophisticated, soulful and unique. Our aim is to introduce AS to the private, corporate and theatrical events market, to bring you something new, different and exciting, for all age groups who want to experience beautiful music and exceptional voices - interpretations of an amazing musical era brought to life again in this new decade.