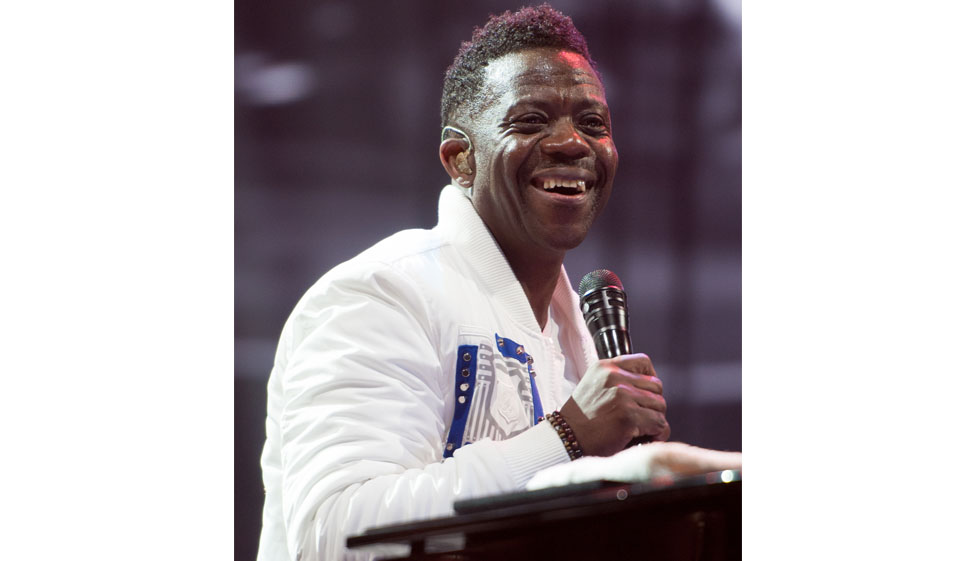 Bishop Benjamin Dube was born in Johannesburg, South Africa on January 23 1962, the last of five siblings. His parents, educators and evangelist Benjamin Snr and Grace (Singer) Dube in Assemblies of God Church (Back to God Crusade) under the late Bishop Nicholas Bhengu.

Benjamin Dube is a music ministerial visionary, anointed songwriter and singer, music producer, mentor/father and pastor to many musicians and an inspiration to secular artists in South Africa. A Gospel legend of Africa. He began the journey of his calling in ministry in 1986 when he recorded a single – HOLY SPIRIT which was a cross-over hit song and chart buster on local radio stations and sold over 25 000 units in the year of its release in RSA.

Thirteen years later, he cut a deal with Harmony Records in New York USA under Epic Record Label and recorded his first live album – “I Feel Like Going On” which sold over platinum in RSA only. His music ministry has briskly grown internationally, in USA, Sweden, Netherlands, Paris, Australia, Japan, London – UK and Across the continent of Africa.

In addition to His music ministry, Bishop Benjamin Dube is a sought after itinerary speaker. He spoke in former president Nelson Mandela’s “Freedom of the City” award presentation, sharing podiums with both Nelson Mandela and Thabo Mbeki’s presidential inaugurations. He is a well-travelled preacher, and has shared podiums with Bishop TD Jakes, Bishop John Francis, Bishop Tudor Bismark, Kirk Franklin, Andrae Crouch, Israel Houghton and many other renowned speakers and musicians. Bishop Benjamin Dube has also performance for His Majesty King Mswati III ( Swaziland)

He has completed His Degree in Psychology with UNISA. As senior Pastor of High Praise Centre, he speaks to more than 1500 people every Sunday, not counting the 7 churches under High Praise Centre Vosloorus and 2 churches which are currently submitting to Him as a covering.

He founded Artist Hope Arise (AHA) in 2009 and also co-founded God’s worshipers Convocation (GWC) in the same year. The first convocation was in September 2009. Secular and gospel artists, and celebrities have frequently asked Bishop Benjamin Dube for counselling and His wisdom.

Bishop Benjamin Dube has been a guest of several national television and radio programs, also been a presenter of Gospel TV shows and has made news in every newspaper and magazine in South Africa. In December 2004, Sunday Sun-Newspaper named him the most influential celebrity of the month with integrity.

To date he has changed the Gospel landscape by un earthing new talent as he continues to pioneer as a Gospel Legend who has been in the SA Music Industry for over 30years. He has mentored, fathered and inspired many Gospel and Secular artists to thrive in their craft in the industry both in production and music.

Also through the Benjamin Dube Foundation he has recently given back to communities in providing relief with food parcels and toiletries during the COVID19 pandemic.