Since the release of its cracking debut, ‘Time Is Now’ in 2005, South Africa’s Flash Republic has been fleshing out a musical vision that – in 2011 - is only just hitting its considerable creative stride.

The past five years have seen the trio hone a dance-driven sound that easily places it alongside similar top-drawer outfits around the globe – along the way delivering a rack of chart-topping radio singles (including last year’s monster hit ‘Twister’) and earning Flash Republic the respect of some dance world’s biggest-name remixers (among them Seamus Haji, StoneBridge, Thomas Gold, Prok & Fitch, Fonzerelli, Bellatrax and Henry John Morgan).

Flash Republic is the funky collaboration of four of South Africa’s most prominent dance music talents, vocalist Tamara Dey, two of the countries top DJs, Ryan Dent and Craig Massiv and the newest addition to the band MC Cliff Barns. Their music is best described as electro-tinged and soul-drenched house music.

2008 is turning into Flash Republic’s most exciting and successful year so far. They have signed to leading independent label, Just Music, the South African home of Ministry of Sound, Hed Kandi and some of the world’s biggest dance artists & producers such as Fedde Le Grand, Roger Sanchez, StoneBridge, Deadmau5 and Martin Solveig.

The single ‘Star’ has recently been remixed to perfection by Prok & Fitch, Sunfreakz and the man of the moment, Thomas Gold. The single peaked at 12 on the Music Week UK Club Charts and 16 on the DMC Club Charts and has already been featured on BBC Radio One’s Essential Mix show. The mighty Roger Sanchez has also selected the Prok & Fitch remix for his upcoming Renaissance compilation album. French DJ Arno Cost is featuring the single on his forthcoming compilation album via EMI France. 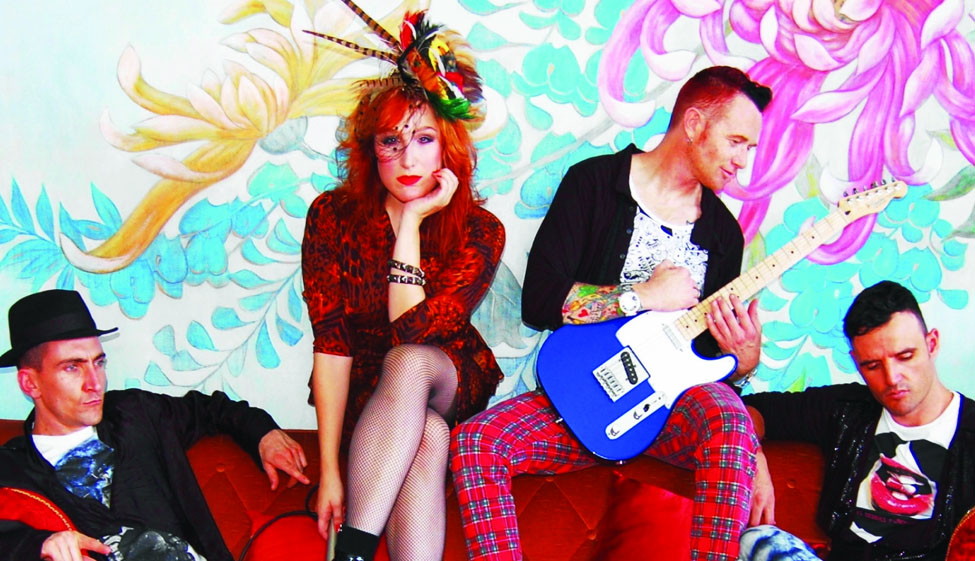 Swedish superstar, StoneBridge, best known for his remix work with Ne-Yo, Usher, Sugababes, Britney Spears & Missy Elliott, loved album track ‘Twister’ so much that he agreed to do an incredible new remix of the single which has a dirty, twisted bassline and guaranteed to burn up dancefloors in South Africa and around the world.

One of the hottest collaborations on the album is the track ‘Outta My Head’. The instrumental track was written and produced by the Seamus Haji, owner of the Big Love Music label, and the man behind remixing some of the world’s biggest artists – Mariah Carey, Rihanna, The Ting Tings, Moby & Roisin Murphy. The Flash Republic crew added an infectious top line to Seamus’ original instrumental and the result is one of the album’s finest moments.

Two of the world’s hottest remixers in 2008, Fonzerelli (Tiesto, Booty Luv, Sunfreakz & J Majik) and Henry John Morgan (responsible for the 2008 1 Billboard dance hit from Bellatrax) have added their touches to the single ‘Shut It’. Fonzerelli’s mix sounds like a summer radio smash whereas HJM have given their mix a cooler house flavour perfect for those beach parties.

Flash Republic’s live show, which has seen them support Kelis, Fatboy Slim, Audio Bullies, Stereo MC’s and performances at the Robbie Williams SA tour after party, has ignited dance floors and venues around the country, showcasing Tamara’s soulful vocals and Ryan and Craig on a combination of synths, samplers, keys and live visuals in collaboration with some of SA’s top musicians.

In November 2005, Flash Republic released their debut album, "Time Is Now", which featured a mix of booming house, soulful vocals and electro riffs. It produced two Top 10 airplay hits on South African National radio in ‘Robot’ and ‘Emergency’, their remake of an old Roachford tune. Their 3rd single ‘Gave It Up for Music’ also went Top 10 on national radio in early 2007.

With enough sass for daytime radio, and enough savvy for the clubs, Flash Republic are keen to stake their claim as one of South Africa’s top music exports with their new album ‘Danger’.