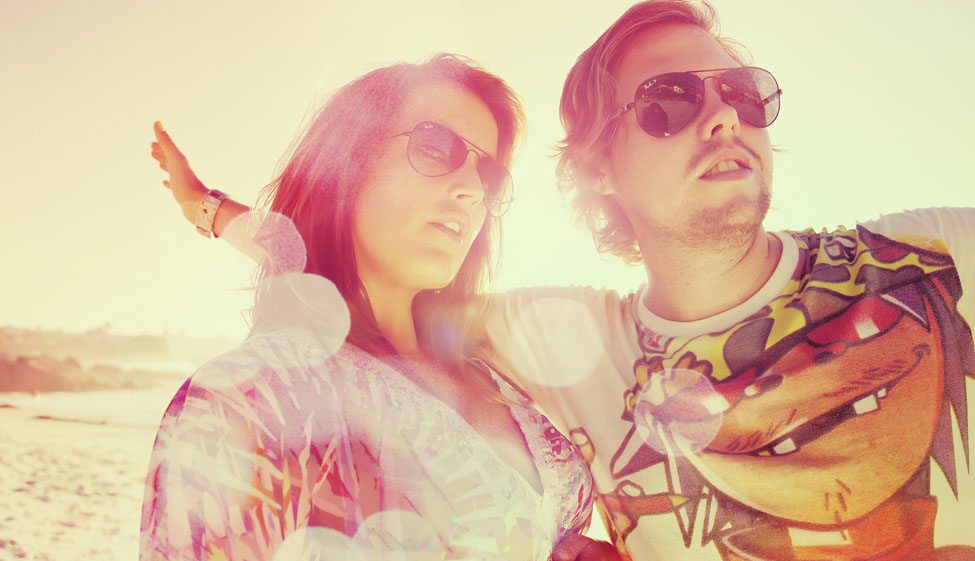 Their high-octane performances have earned them a credible place amongst other artists in the live-electronic genre. GoodLuck have shared stages with Groove Armada, Bassment Jaxx, The Petshop Boys, Bakermat, Goldfish and Paul Oakenfold to name a few. In September 2015 GoodLuck was selected to open for Pharrell Williams, as a part of his world tour, to rave reviews. GoodLuck has performed at sold-out concerts in Amsterdam, Berlin and London, and most recently sold out all 5 concerts at their first summer residency Get Lucky Summer.

The trio of muso’s whose collective expertise molds their unique sound, features Juliet Harding on vocals – a songstress who has written hits both locally and internationally. She effortlessly takes listeners on nostalgic adventures with her lyrics and enchanting voice. Matthew O’Connell is on saxophone and keys. He is new to the group but seemingly cut from the same cloth – his performances on stage are electrifying. They’re kept together by the wizardry of GoodLuck’s producer and founder Ben Peters, whose repertoire includes 7 number one hits and an uncanny ability to turn disparate ideas into foot- thumping dance floor fillers and has radios begging for more.

In 2013 GoodLuck threw caution to the wind and headed into the Namibian desert to record their second album – CREATURES OF THE NIGHT. A feat so ambitious that they were asked to present a master class at the acclaimed Amsterdam Dance Event discussing how they adapted unique and abstract environmental sounds into a commercially successful album. In October 2015 GoodLuck are set to release their first global breakout single with De Hofnar “Back In The Day” through the Iconic dance label Armada.