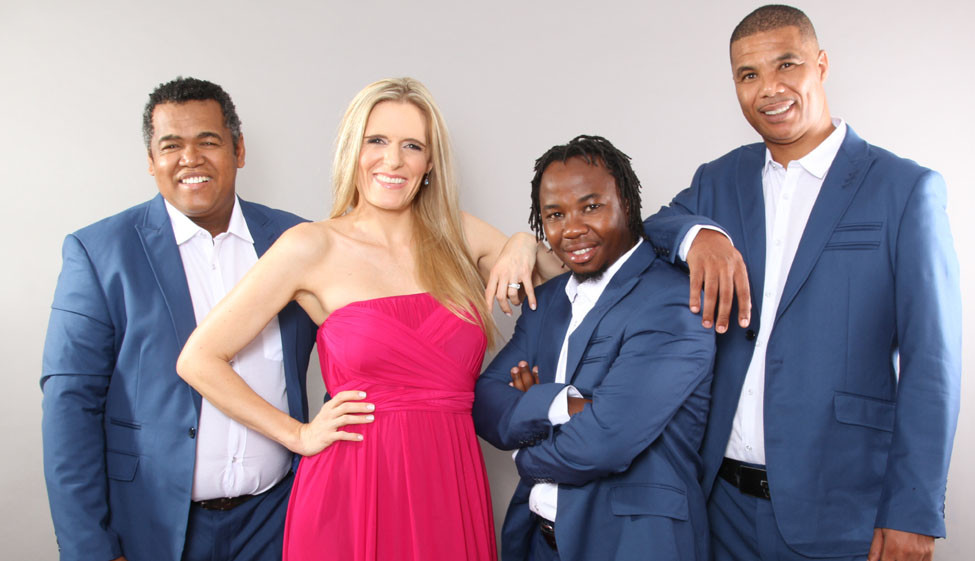 Established in 2010, this diverse and exciting four-piece outfit is comprised of the following seasoned musicians:

This multi-cultural band performs a cool blend of jazz standards, funk, Afro-jazz, R&B and blues and adds an element of class to any venue or function. Julia is an established live performer, song writer and recording artist who performs material from an eclectic range of genres. However, jazz and blues are her first loves and her sound and style are heavily influenced by timeless artists like Eva Cassidy, Natalie Cole, Nina Simone and Norah Jones. Julia has performed at virtually every live music and corporate venue in the Gauteng area and had the pleasure of being featured in the 2007 Joy of Jazz Festival. Her previous corporate clients include: Eskom, Sasol, Microsoft, Coke Cola International, Massmart Holdings, Porsche South Africa and Nedbank.

Pohl’s exquisite style has a classical jazz feel, peppered with the soul and flavour of gospel, funk, R&B. He has worked with some of the hottest jazz and gospel outfits in the Cape and Gauteng regions and injects energy and creativity into every performance. Anthony is a skilled performer who has played with everyone from successful rock outfits like Mean Mr Mustard to top South African jazz musicians like Judith Sephuma and Simphiwe Dana. Anthony has also previously trained aspiring bass players at Damelin College and runs his own successful Johannesburg-based production company called Pure Tone Productions. In addition, this distinctive talent has had extensive session experience in studios in Cape Town and Johannesburg. Like Julia, his passion is based firmly in jazz and blues and his impressive technique and experience form an integral part of the group’s sound and identity.

Esra Isaacs is a prolific drummer who has enjoyed playing at major festivals, corporate events and television shows throughout his 20 year career in the local entertainment industry. He currently works with several original and cover bands and his achievements include appearances on E-TV’s “Back Stage” and performing for millions at the 2010 FIFA opening and closing concerts as drummer for the local outfit Steady Rock. Additionally, this charismatic personality owns a booking and event production company, while continuing to grace stages across the country as a talented drummer and percussionist.