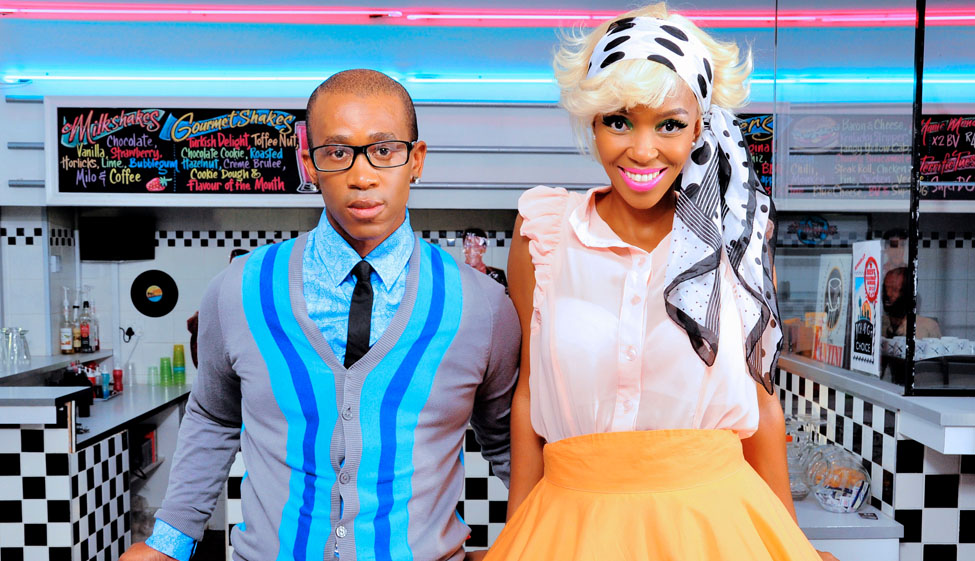 Since the beginning, the group has prayed together before going on stage. This has been their ritual over the years and they say they are not ashamed of it.

Without any doubt, the album shows Mafikizolo's musical growth - they have been in the industry for eight years and they have learned a lot. Kgosinkwe summarizes it the better when he says: "We have been to hell and back. God has been there for us always."

One of South Africa's most favourite music groups, Mafikizolo, is back with a brand new banging album after a well deserved two year break and this time they want to take their loyal fans on the musical journey of their lives. The transport for the journey is a Six Mabone - a classic car of the 60s - which is the title of their seventh album.

Theo Kgosinkwe, the male member of the duo, says: "In the 60s, Six Mabone had the same status as BMW today, and our music is enjoyed by the young and the old. We are taking our fans back and forth." The latest album is the second without Tebza who was killed in a road rage accident three years ago. The new album has blues and swing elements and most of the songs were recorded with a live band.

Shortly after Mafikizolo shot to fame, they were involved in a near fatal car accident which left some of the band members in hospital for a couple of weeks.

Mafikizolo career highlights include, besides receiving an award from 8 SAMA as well as many other awards, going multi platinum, performing at Nelson Mandela's 46664 AIDS charity shows in Norway and Cape Town, travelling to London, Japan and around Africa; meeting Nelson Mandela and performing for Thabo Mbeki.