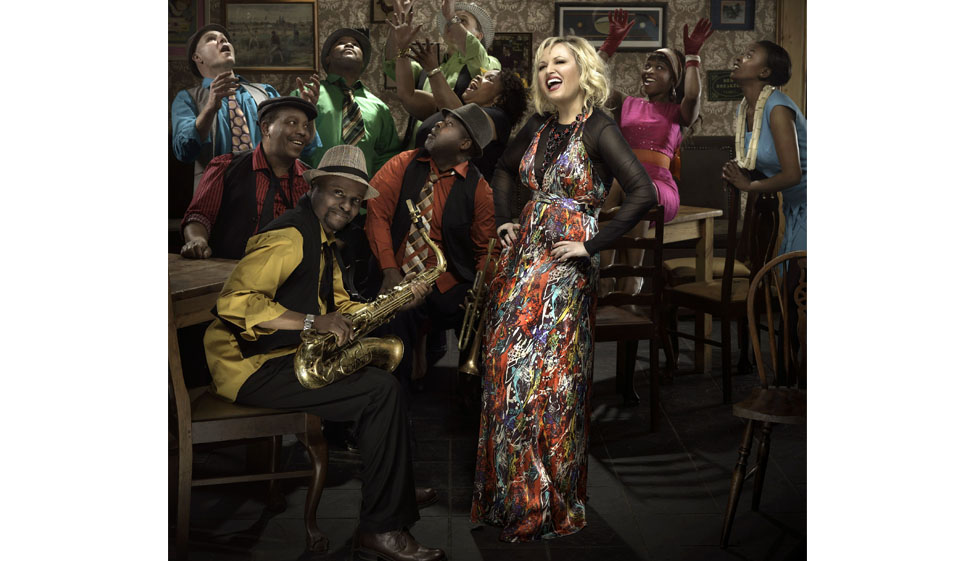 MANGO GROOVE’S career has spanned an exciting and turbulent time in South Africa’s history. Since its first iconic multi-platinum release in 1989, the an 11 piece Afropop group band, together with its charismatic lead singer Claire Johnston, has gone on to become a household name in South Africa. Mango Groove has a special place in the hearts of South Africans, and in terms of its airplay across all radio and TV stations, continues to be an act that truly reaches everyone, young and old.

They have sold more than 1.5 million albums in South Africa alone, mostly with popular hits like "Dance Some More", "Special Star", "Hometalk" and "Nice To See You"

Mango Groove are back with a vengeance! Thumping out the finest selection of great South African music as only they can - a unique and magical blend of African ‘marabi' and ‘kwela' carefully blended with modern pop international influences and capped with the internationally recognisable voice of our own superstar - Claire Johnston!

This multi-platinum selling band was the first to re-define live staging and production standards for South African acts; the first to command a million Rand sponsorship deal, and were the first and only group to remain at the top of the South Africa's national sales charts for over a year.

Internationally, Mango Groove’s unique and magical blend of South African marabi, kwela and pop influences, together with the voice and presence of Claire Johnston and the evocative penny whistle melodies of Mduduzi Magwaza, has captivated audiences around the World.

Highlights of their career include the direct satellite link-up to the Freddie Mercury tribute in London (to an estimated audience of a billion people); their performance in front of 200 000 people at the Paris “SOS Racism” concert; and their performance at the renowned Montreux Jazz festival where the band received 3 encores. From London to Hong Kong to Toronto to Sydney, the band has played to sell-out crowds.