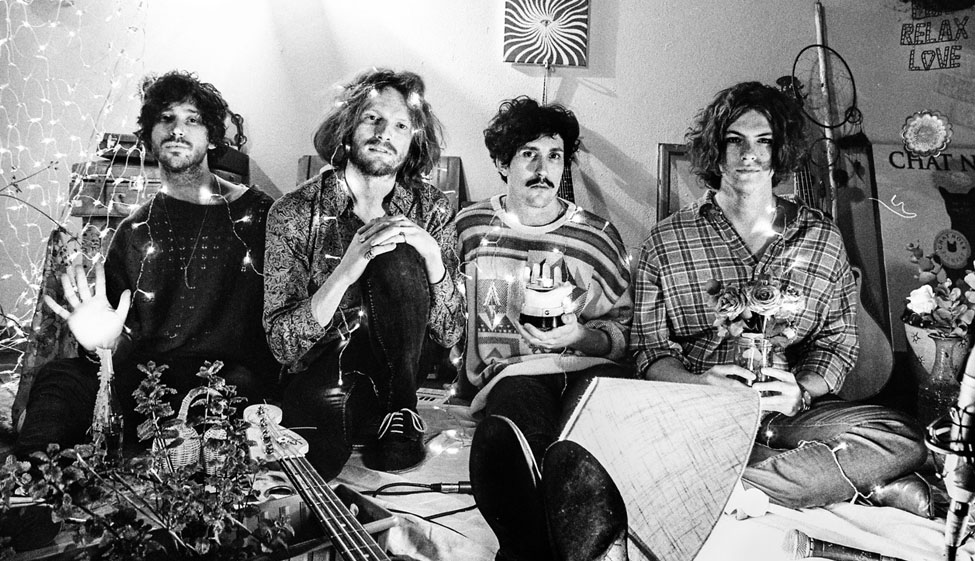 In sound, The Plastics pay homage to retro-rock and classic pop imagery. The Plastics are a live performance orientated band and have already performed with the majority of South Africa’s most sought after musical acts. In their first year on the local music scene, The Plastics claimed 1st prize at The Redbull Radar competition at Rocking the Daisies in 2008 and were finalists in ‘The Road to V-Fe...st’ competition for the best unsigned band in SA.

We are the sounds of silence and the yellow submarine. We live in your dreams to make them seem real.

The Plastics started in late 2007 when the Righini brothers decided to expand their old punk band HOAX, and reform it with a fresh take on music. Having been constricted for too long by boundaries and bursting with new ideas that wouldn’t fit into any mould, they set about creating The Plastics. Soon after they started this endeavour, classically trained guitarist Karl Rohloff joined the band on bass and Arjuna Kohlstock on lead guitar to create the retro blend of bluesy indie, disco-punk sound that is known as The Plastics today.

The Plastics have been given a recording sponsorship with Sound and Motion Studios and started off 2010 by writing new material and exploring new sonic landscapes for their highly anticipated debut album. The album is the biggest project the band had ever embarked upon and because of this, they have enlisted the services of internationally acclaimed music producer, Gordon Raphael.

In January 2010 The Plastics flew in Raphael from Berlin. Raphael, best known for his work with The Strokes - producing their first two albums “Is This It” (which was voted best album of the decade by NME in England, and number 2 best of the decade in USA by Rolling Stone) and Room On Fire, produced and recorded with the band during January at Sound and Motion. The album, entitled SHARK, was released on the 31st of July 2010 at The Assembly in Cape Town and since then it has received acclaim and praise from music critics in countless reviews and media features. The first single from the album, Caves, was sent out to radio stations nationwide early July and has started to receive extensive campus radio airplay as well as being play listed on many commercial radio stations countrywide. The Plastics will be touring all over SA in the next few months to launch SHARK nationwide.