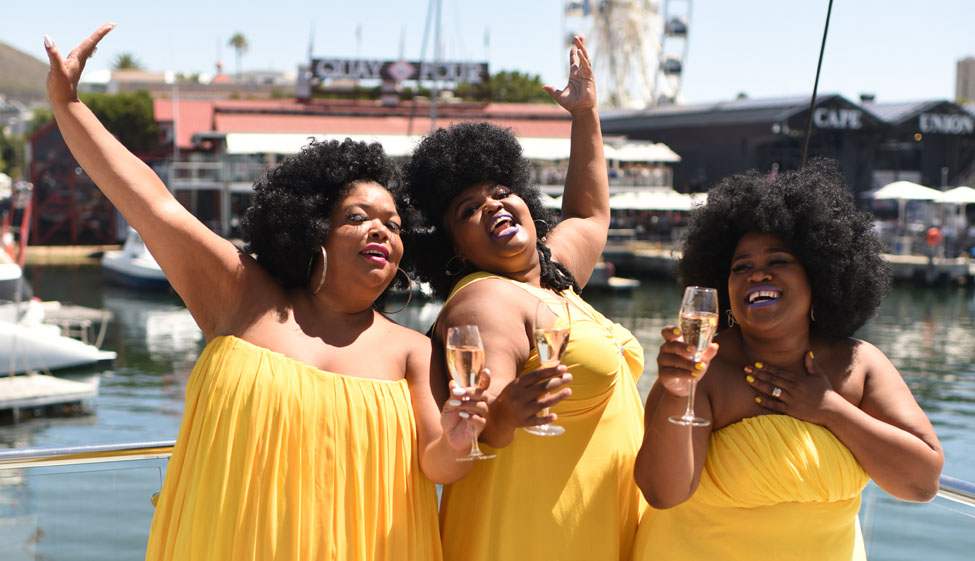 3 Tons of Fun is synonymous with great fun, positive energy, big smiles and a good party.

The group was formed in 2007 when there was a realisation that it was time for real women to show off their sexiness and incredible voices and show the world that not only slender women can be sultry and seductive.

As one of South Africa’s most loved all-female groups, they continue to be in great demand on the corporate circuit and have performed at some of the most prestigious events in the country from sharing the stage with Maria Carey at the launch of the One & Only Hotel in Cape Town to performing at some of the most exclusive high profile private weddings and functions.

Sthe Mfuphi, Bulelwa Sakayi and Michelle Thomas are all Cape Town based now but Sthe (also known as Saxy Sthe) has her roots in Kwa Zulu Natal studying jazz at the Natal Technikon before moving to Cape Town in 2002. As a talented songwriter and extraordinary vocalist, she penned three songs for the group’s debut album “Larger than Life. A music video for her original song “Usibali” was released in 2014. She also currently performs as a solo artiste and has been a prelim judge for IDOLS for the past 5 years.

Michelle Thomas (known as Mysterious Michelle) is a home-grown girl. Losing her drummer father at an early age was the catalyst for Michelle to begin to sing and perform. Despite her family’s ambition of her achieving a Bachelor’s degree at UWC which she eventually abandoned in the third year, she decided to follow her lifelong passion of singing and performing, joining Sthe and Bee in 2007 to form 3 Tons of Fun. 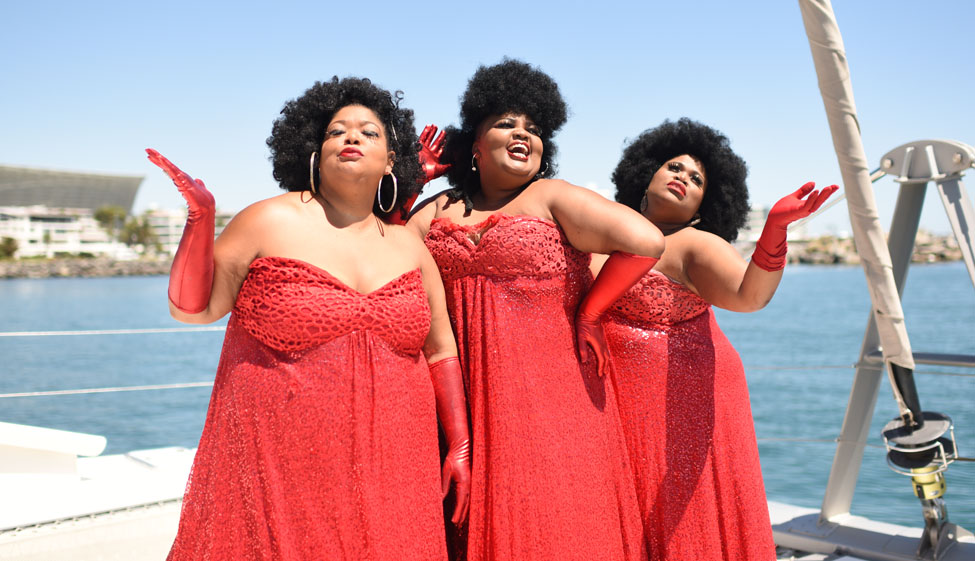 Bulelwa Sakayi (also known as Beautiful Bee) is from the Eastern Cape’s East London. She moved to Cape Town to study chemical engineering but not finding it sufficiently emotionally challenging, she decided to pursue a career in the performing arts, singing in choral ensembles and joining an actor’s agency. She has travelled internationally performing in a number of film productions including the widely acclaimed UCarmen Khayelitsha as Frasquita. She is frequently seen in television advertisements and on stage as well as adding the playful flavour to 3 Tons of Fun.

Over the past decade they have travelled extensively around the globe performing in Vietnam, Italy, France, Dubai, London, South of France, Zambia and Switzerland to name a few countries.

These strong resilient women have had much thrown at them over the years but they are always smiling, laughing and making their audiences forget their troubles and get up and boogie!

From international dignitaries, visitors and VIPs including some Xhosa, Zulu and Afrikaans songs from legends including Miriam Makeba, Brenda to ordinary citizens, no one sits still when 3 Tons of Fun performs. Singing mainly in English but with a large South African repertoire Fassie and Judith Sephuma, these girls manage to touch the hearts and souls of the most diverse audiences.